How much profit can you make with ETH staking and how to stake?

In this blog post, we will look in detail Ethereum 2.0 staking, staking pools and how they operate. As an example, I feature the StakeWise staking pool service and then explore the return on investment, risks and technical aspects of staking.

Ethereum 2.0 phase 0 chain launch is imminent. I expect the popularity of staking pools to increase quickly, as they are a convenient way for non-technical users to put their ETH capital in productive use.

What is Proof of Stake? #

Validator clients stake some capital (min 32 ETH), but the actual hardware can be modest. This is opposite to Bitcoin and Ethereum 1.0 where miners need to buy specialised physical mining devices and burn vast amounts of electricity to receive block rewards. In this sense, the Ethereum 2.0 network will be much more secure as there is going to be more operators ensuring the network security.

Validators ensure the Ethereum 2.0 network security. If a validator fails to produce good blocks on its turn, e.g. by being offline, they are penalised and lose rewards. If the validator acts dishonestly, does a so-called double attestation attack and is caught, the validator risks being slashed and losing its principal capital. More information about penalties in this article from Consensys.

Why Ethereum 2.0 will be a boon for staking pools? #

The first stage of Ethereum 2.0 upgrade is a so-called beacon chain that serves as the foundation of the new proof-of-stake upgrade over old proof-of-work.

The minimum capital requirement for running Ethereum 2.0 is 32 ETH (USD 15k as the writing of this). Besides minimum capital specialised IT operations knowledge is required to run the validation nodes efficiently. In the staking pools, a pool operator providers IT infrastructure and management whereas staking pool members provide the capital.

Furthermore, block rewards in Ethereum 2.0 are not consumable right away. ETH 1.0 will be 1:1 redeemable to ETH 2.0 in the future. But we do not know when because Ethereum 2.0 deployment roadmap is very complex spanning over several years. Thus, any capital locked for staking and its rewards will be locked for the foreseeable future.

StakeWise is one of the staking pool services for Ethereum 2.0.

StakeWise team is based in Estonia, known for its crypto friendliness. StakeWise founding team is likewise Estonians, Dmitri Tsumak and Kirill Kutakov. 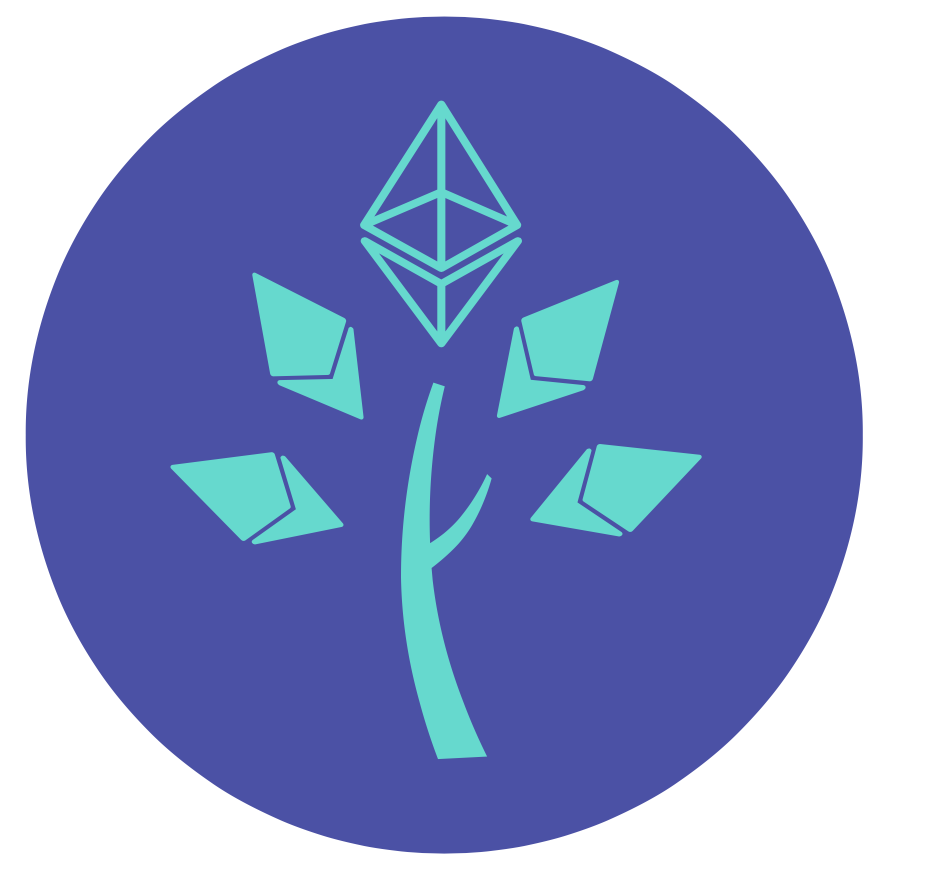 StakeWise is a smart contract-based service. The staking pool launches as a custodial pool but later plans to migrate to be completely non-custodial. Unlike centralised staking services like cryptocurrency exchanges, the tokenized shares in Stakewise pool are publicly tradable as ERC-20 tokens. This allows you to enter and exit otherwise illiquid ETH 2.0 staking positions. Furthermore, smart contracts ensure 100% transparency towards the service users making it harder for the operators to hide any issues.

Currently StakeWise is in a beta (testnet) mode and does not offer yet Ethereum 2.0 real staking. The best way to learn more about StakeWise is on their website and Discord.

In the future, StakeWise plans to decentralise ownership and operations as much as possible for a staking service, becoming a fully decentralised autonomous organisation (DAO). This will make Stakewise much less risky than centralised staking services, often offered by cryptocurrency exchanges like Binance and Kraken.

There is plenty of competition for Ethereum 2.0 staking services. Some notable competitors for StakeWise include AllNodes and Rocket Pool.

As a disclaimer, I do not have any association or relationship with StakeWise. I picked it solely for this post because the founders were friendly and approached me.

How much interest can you earn in Ethereum 2.0 staking? #

As discussed previously, those who stake are rewarded with block rewards that consist of ETH 2.0 inflation (network issuance) and later transaction fees when the Ethereum 2.0 network reaches phase 2.

For the clarity, this is not free interest - there has to be a server somewhere doing the work for the network with access to staking capital.

How does Ethereum 2.0 staking work? #

In Ethereum 2.0 network operation is divided between beacon nodes and validator clients. A detailed overview can be found in EthHub documentation. 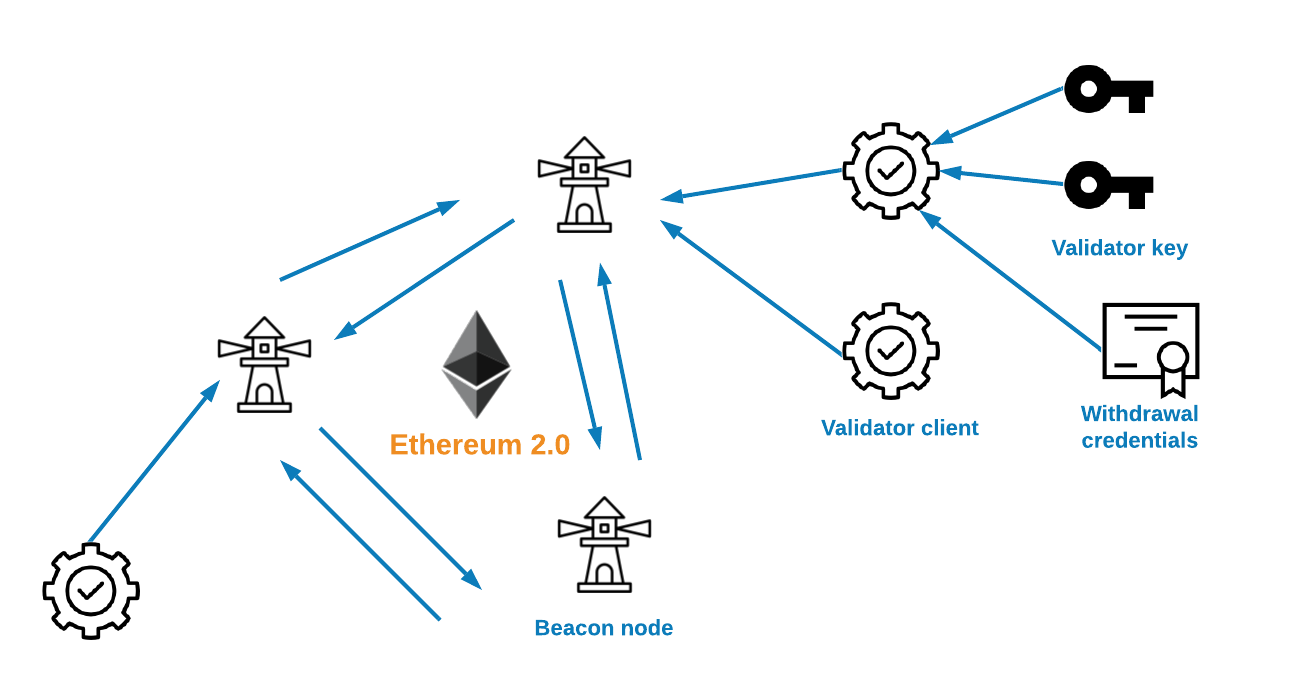 How are staking pools better than staking yourself? #

The staking interest is nominated in ETH, not a US dollar. ETH value, as being a cryptocurrency, is volatile and can swing as much as 80% over medium periods of time.

If ETH value makes large swings, for example down 80% and then up 80%, over the next three years then it is better to sell at the top and buy at the bottom instead of directly tying up your ETH capital to staking. Or simply exit your position of holding ETH if there is a larger downtrend, or bear market, in progress.

Staking pool shares are also likely to be good collateral in decentralised finance services like Aave or MakerDAO. Instead of exiting your position in staking with a hit, you can take a loan against your staking pool shares and wait for the market to recover.

How does staking with StakeWise work? #

In a pool mode, you contribute your ETH towards a StakeWise staking pool that stakes with all pooled ETH. 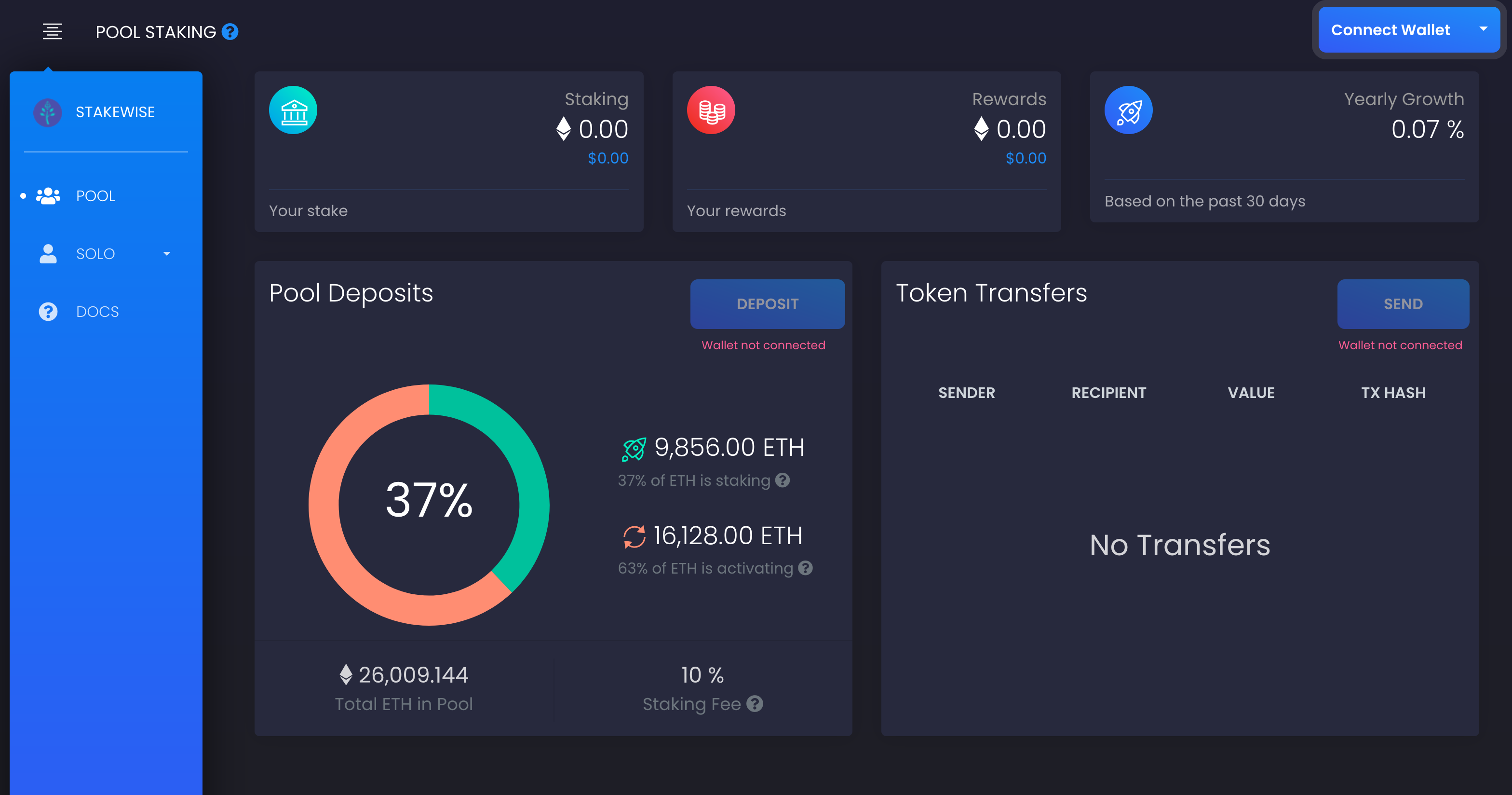 You deposit into the pool smart contract and receive pool shares as ERC-20 tokens in return. The pool then will deposit this ETH to Ethereum 2.0 Deposit Contract.

There are two tokens.

StakeWise the corporation takes a 10% cut on staking rewards for maintaining its service, that consists of a website (frontend), cloud service infrastructure (backend) and smart contracts. There are no fees on deposits.

Though the pool service is smart contract based, you still rely on StakeWise to run the server infrastructure to generate profits for the pool. Any losses due to validation client errors during the staking will be absorbed by the pool as a whole.

In a StakeWise solo mode, for $10/month, you can assign your withdrawal credentials for a validator client run by StakeWise. The minimum of 32 ETH deposit is required. There are no other fees.

StakeWise is renting the server, when needed, behind the scenes from a cloud service provider. StakeWise will manage the server failover, in the case underlying physical server breaks, your validator will have an automatic failover transition to a new server.

Differences between solo and pool modes are

How can you trade StakeWise staking pool shares? #

If you want to exit the staking pool early you can try to find a buyer for your pool shares. This is the main benefit over staking solo - your capital is not locked up until Ethereum 2.0 matures.

I expect to see several market places for staked ETH shares, run internally by StakeWise and other services. Then these staking pool shares can be swapped 1:1 on a Curve pool or similar, as even though the staking pool shares present rights under different operators, the underlying asset and mechanisms are the same across all staking pool operators.

Eventually, the ETH 2.0 block rewards, tokenised by StakeWise smart contracts as rwETH token, can be accessed and moved to your Ethereum 2.0 account.

When Ethereum 2.0 the redemption of staking pool shares happens by burning stETH and rwETH, having the sufficient number of validators to exit and then transferring ETH 2.0 to the address given by the holder of the tokens.

In this section, I dissect StakeWise smart contracts and infrastructure more in detail. The information here is mostly useful for hedge funds doing risk analysis and to understand what they commit into when putting their ETH in StakeWise pool. It is also useful for other Ethereum developers and integrators who want to integrate StakeWise pool shares in their services.

For the simplification, we discuss only the pooled mode of StakeWise staking. Note that the risks here are not specific to StakeWise business model, but shared between all Ethereum 2.0 staking pool operators.

How do StakeWise validator client and beacon node infrastructure operate? #

StakeWise use a Kubernetes cluster that hosts multiple beacon nodes for Ethereum 2.0 for redundancy and validator clients that connect to the beacon nodes for getting tasks from them. All of them run in docker containers.

How are deposits handled? #

How are withdrawals handled? #

ETH 2.0 withdrawals won’t be available until the far future.

Ethereum community is working to have a safer way to address ETH 2.0 withdrawals and support withdrawals to ETH 1.0 addresses (smart contracts and normal ones).

How are validator clients and StakeWise smart contracts connected? #

The operator generates new validator keys for each 32 ETH assigned to the pool - withdrawal credentials are the same for the whole pool.

What centralised control StakeWise has over smart contracts? #

StakeWise includes some master keys for the smart contracts. These include

This can be mitigated in the future by having more diverse and robust base of keyholders and cosigners, as discussed later.

StakeWise can unilaterally upgrade the token contract and thus manipulate balances. However this would be immediately obvious to everyone.

Risks of having validator keys exposed #

Currently Ethereum 2.0 does not allow cycling the validator keys. This may be changed in the future versions.

If StakeWise has the validator keys compromised, for example through a malicious cloud service operator, then an attacker can force slashing of validators, leading to the loss and burning of the staked ETH. Though destroying capital itself is not that interesting, the attacker could blackmail StakeWise for ransom or start slashing validators. But validators clients can exit from the staking process in 1-2 days, so the risk for doing harm through validator keys is quite small.

Validator nodes should stay online, although Ethereum 2.0 staking contracts are very flexible. In the case of StakeWise, risks include infrastructure problems by StakeWise cloud server provider, StakeWise human errors or problems with the Ethereum 2.0 itself. However, the risk of losing capital this way is small, because only new block rewards can be lost.

Risks of the resiliency of the beacon node network #

Any beacon node needs to accept TCP/IP traffic. There is a raw IP denial-of-service attack scenario where the attacked can try to take StakeWise beacon nodes offline.

In this case, StakeWise validator clients would stop validating, but no stETH is lost. If validators are offline for a long time, pool earnings are affected. This risk is quite easily migrated by having multiple spare cloud operators ready to go.

Later on, new Ethereum 2.0 features can further allow more decentralisation for StakeWise users who then need to rely less on the operator.

How to improve staking pool security #

As discussed before, some of the staking pool actions must be centralised to operators, some can be decentralised and in the future hopefully decentralised even more with the upcoming upgrades to Ethereum 2.0 protocol.

There are few actions how StakeWise and other Ethereum staking pool operators could improve its security best practices and offer staking pool users better assessment of risk. The list is based on the best practices that industry regulators are looking for in cryptocurrency companies where custodial companies need to have a license. These include e.g.

Ethereum 2.0 staking pools are coming. Pooled staking and staking pool shares as ERC-20 tokens is practical for many DeFi users and probably the direction where Ethereum community is heading. StakeWise as an operator is technically very competent, open for discussion and improvements. Currently there are many benefits to stake through a pool over centralised services and in the future there will be even more.

The header image by Clifford Photography. 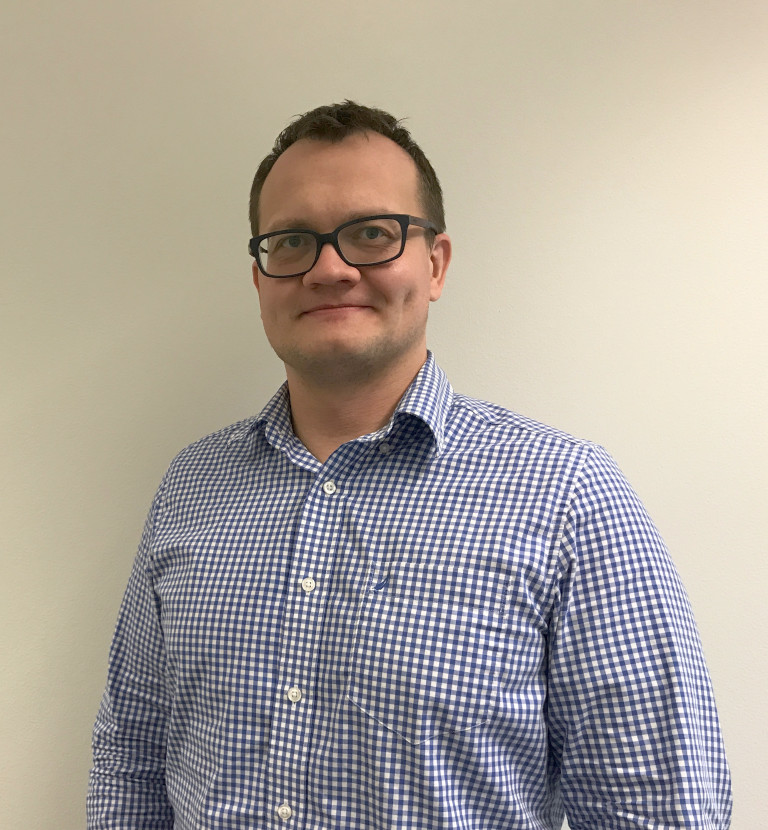 Capitalgram is a DeFi advisory company.